Third newsletter is released 28.2.2018. It contains:
Living in the past these past days
Seals in military service
Southern part of Örö island is opening up for visitors
Archipelago in Turku City Center

At the Archipelago Center the historic exhibit of the conflict ridden 18th century is at the verge of taking shape. The project implementation manager Marcus Lepola, an ethnologist, has drafted the texts for the exhibit. The exhibit will be available in Swedish, Finnish, English and French. The historic content of the exhibit is enhanced with a short film by Lotta Petronella, describing the life of the young Korpo girl, Carin Pehrsdotter, the first one to fall victim to the plague epidemic that ravaged the island in 1710-1711. The Japanese contemporary artist, Shinobu Terada, will provide the exhibit with art that captures the essence of the times of strife people had to endure and overcome during the 18th century.

Ultimately, the goal of the exhibit is to get visitors to realize that amidst the natural beauty of the archipelago there is darker story that should not be forgotten. Simple stone cairns found on several islands are more than just an odd pile of stones. Most of these stone constructions are in fact baking ovens made by the Russian Galley fleet during the wars of the 18th century. The stones are a testament of real events with real and often devastating consequences for the people living in the archipelago. We should learn from our past mistakes and experiences. Sadly this does not seem to be the case as war and conflict is still very much part of life in our world. As always, ordinary people fall victim to atrocities and have to flee their homes in hope of finding peace. 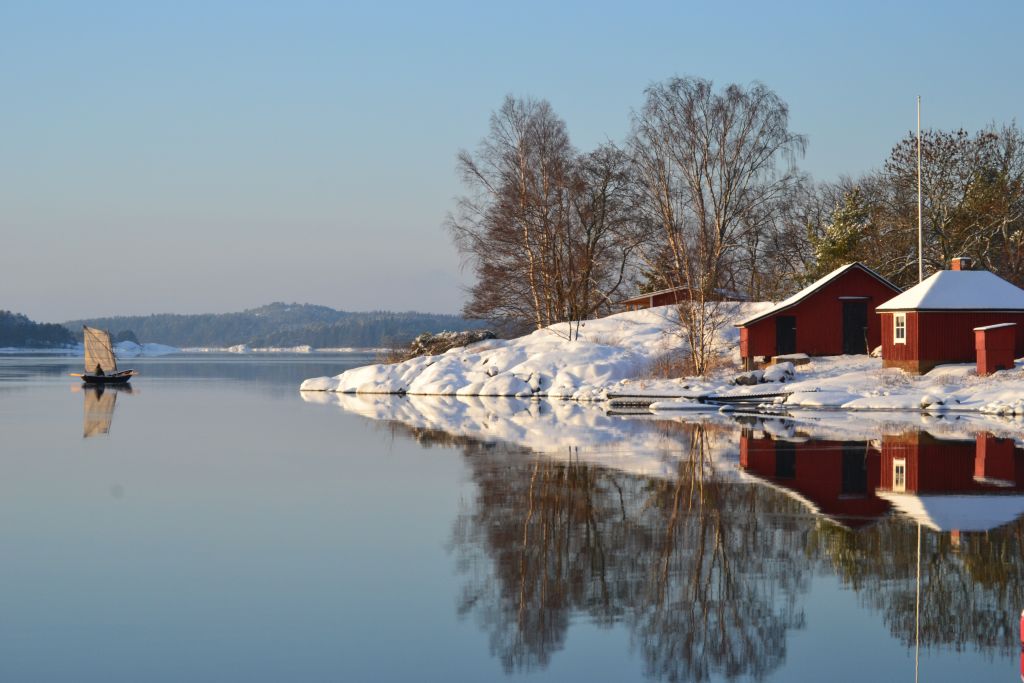 During the Second World War in the early 1940s, the seal station was the site of a top secret military experiment. Around 20 seals were “conscripted” to receive training in tracking foreign submarines that were violating Swedish coastal waters and torpedoing Swedish merchant vessels.

The small cottages are now renovated, both inside and outside. The old canteen was in worse shape than anticipated and much effort has been made to replace rotten wood and bad material from the war years. Now the bad smell has disappeared and through the newly renovated windows you can see far over Långgarnsfjärden.

Work on the Digital Visitors Guide is ongoing. From the old historical film, pictures have been taken, some of which are to be coloured. The filming of the app’s various elements starts in March.

As a complement to the digital guide, we will set up information signs for those who do not want to use the app. The texts of these signs are ready and translated into English. Printing will take place in April.

At the beginning of March, the project and the seal station will be presented at the exhibition “Allt för sjön in Stockholm”. 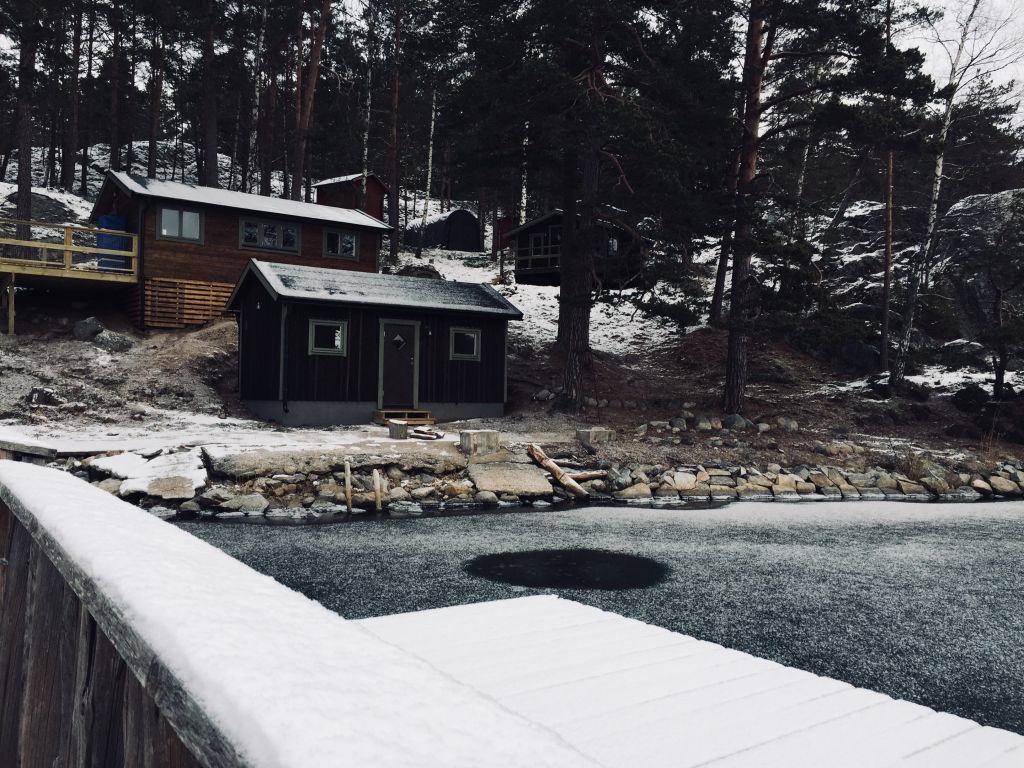 The southern cape of Örö island has improved accessibility

The trail starts from the 6 Inch Barracks area where a historical canteen now houses an exhibition that gives insight into Örö’s past with old photos. Miniatures of the 6 Inch Barracks and Artillery Battery are also on display.
Along the trail towards the 6 Inch Battery the visitor can enjoy beautiful landscape of weather-bent junipers and ever-present rocks. To add excitement to the journey, the visitor can duck into two anti-aircraft bunkers that are lighted and open for visitors. It is almost possible to hear the sound of air battle!

Just before the visitor reaches the 6 Inch Battery area, it is time to test the new suspension bridge that spans over junipers and rocks to give a new overlook of the island’s remarkable nature. The hanging bridge and the stairs give easier access to the southern tip of the island amongst the rocky landscape of Örö.

When the visitor returns from the 6 Inch Battery area strolling along the cobbled road, it is now possible to take a look at a 6” gun and firing position that has been renovated to preserve the interesting military history of Örö.

All year round use is on the horizon

The 6 Inch Barracks area is developed for year-round use. The aim is to provide facilities during the whole year and to enable visits during Örö’s magical wintertime. At the moment, final planning is on-going for the renovation actions to take place in the summer of 2018. 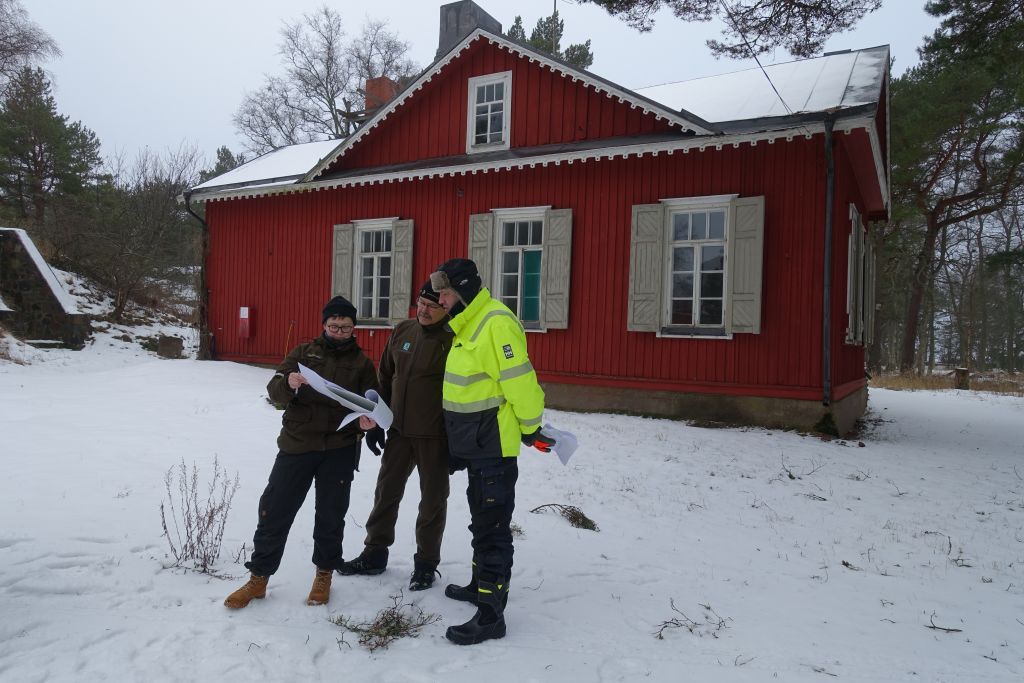 Turku archipelago and its gems, like Örö and Korpoström, are presented to general public on Saturday 21st of April in Forum Kortteli, Turku. Besides, during the day it is possible to get acquainted with Coastal Past app, a mobile guide introducing the story of Korpoström battle in 1743 and historical events and nature of Southern cape of Örö. There will be also a premier of videos illustrating the Korpoström battle and Örö’s defence history. All the four videos were directed by film-maker Fýr Romu. 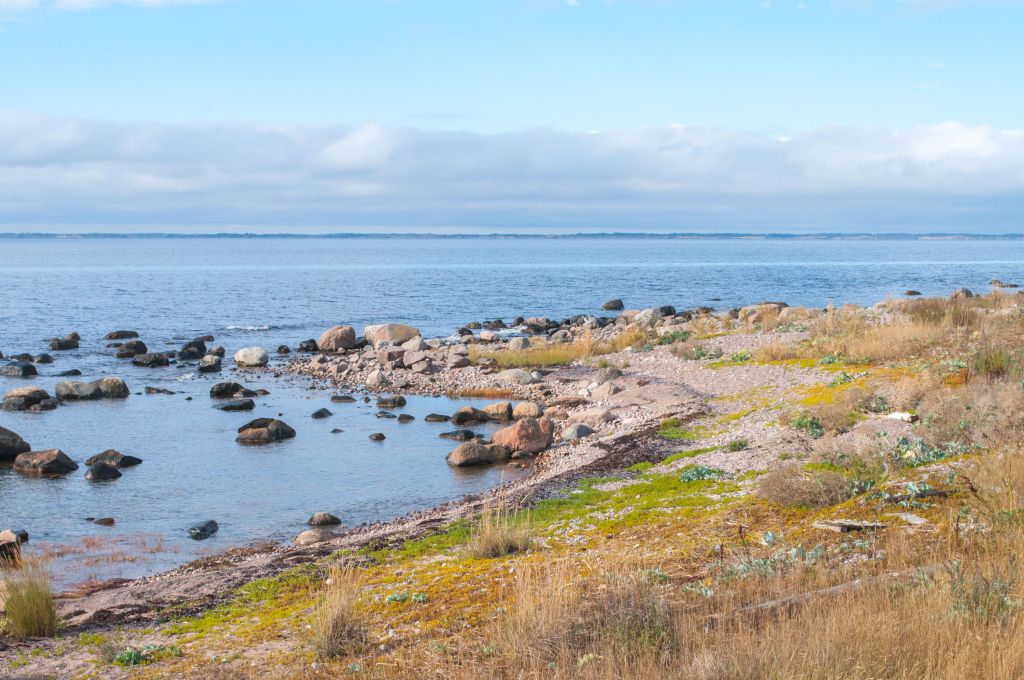